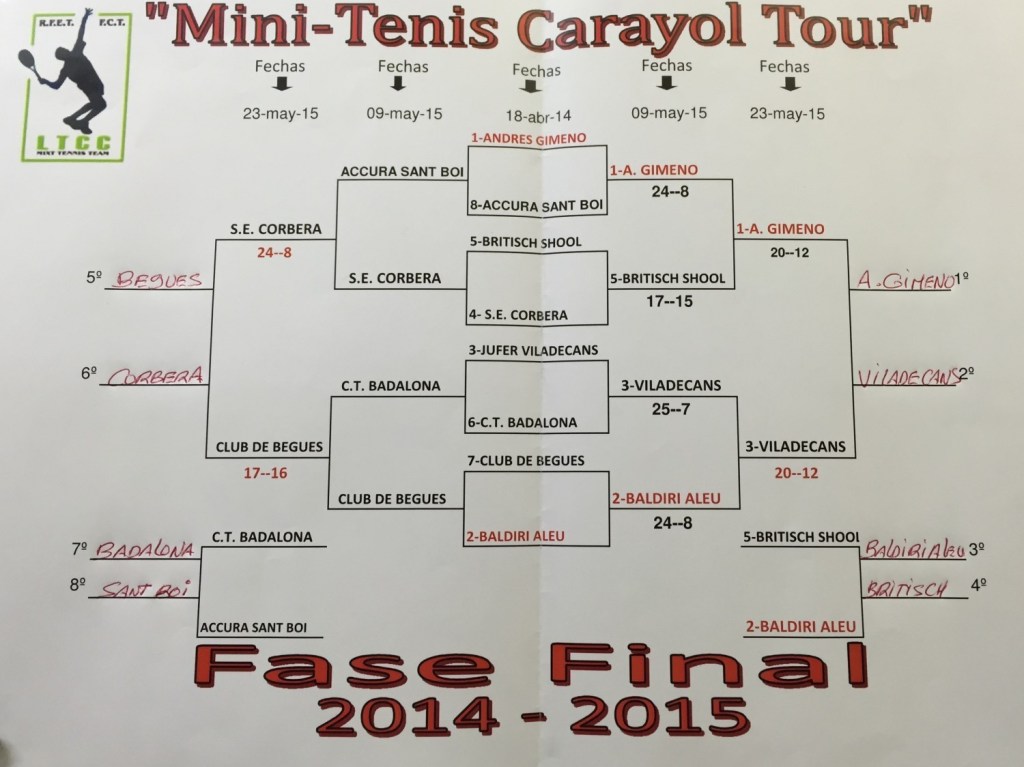 The British School of Barcelona was ranked fourth during the tennis competition ‘Mini Tenis Carayol Tour’.

The BSB tennis team competed against the CT Andrés Gimeno team on the 28th March at the Begues Club. The teams met in a thrilling battle where all players strived to have their best tennis come out. The CTAG team eventually won and reached to the final, which was organized in the Gimeno Tennis Club last 25th May.

The two teams were no strangers to one another, being training mates in the Gimeno Tennis Club. Therefore, fair play and companionship reigned throughout the tournament.

Being part of a school tennis team does benefit our students in many personal and social aspects! It helps them maintain healthy and active lifestyles; it gives them a chance to be part of a team and enjoy the social element of it; it provides them with regular team competition over a set time period, and it also offers them the opportunity to represent their school in competitive team tennis.

We would like to congratulate all the players for their hard work, and also their parents for their continuous support.