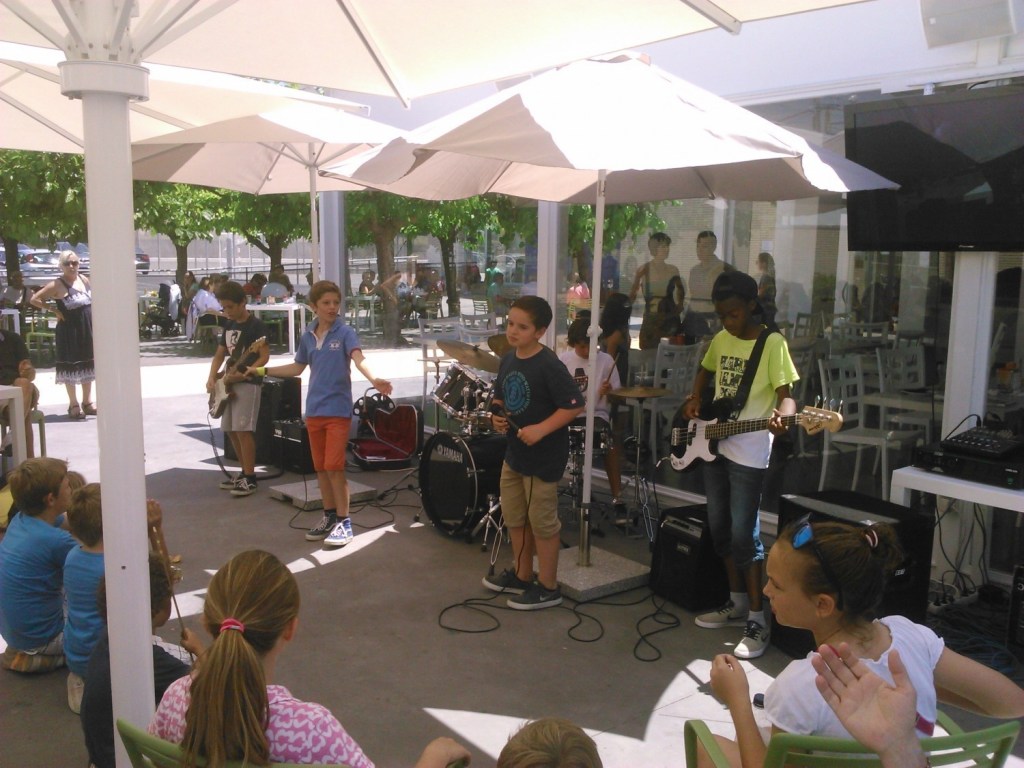 Last Saturday the Granvia Mar Sports Club hosted their first swimming event with a variety of competitions and recreational games.

More than 35 KS1, KS2 and KS3 students from The British School of Barcelona, along with LFG Bon Soleil pupils and members of the Granvia Sports Club, would not miss the opportunity to participate in this first edition.

It started with qualifying and then they had semi finals and final. The children in KS2 and KS3 swam backstroke, front crawl and breast stroke. The children in KS1 finished with a team relay game, collecting different objects and bringing them back to their base. All the children had fun and many parents watched eagerly from the side.

The event also counted with the live performance of “The Clockbreakers”, a rock band from the BSB, recent winner of the ‘Sitges Has Talent’ competition. They played a set of 5 songs, namely “Back in Black”, “Sweet Child of Mine”, ”Rock on (band’s own song), “Highway to Hell” and “School’s out for Summer”. They really enjoyed performing outside the school and had a great audience who were singing along.

It was an enjoyable morning, full of sport, fair game and music, thus fulfilling many of our Enrichment Programme goals. The British School of Barcelona wants to congratulate the Granvia Mar Sports Club for this initiative and we are all willing to join in next year!