Home The Enrichment Programme sets off

The Enrichment Programme sets off 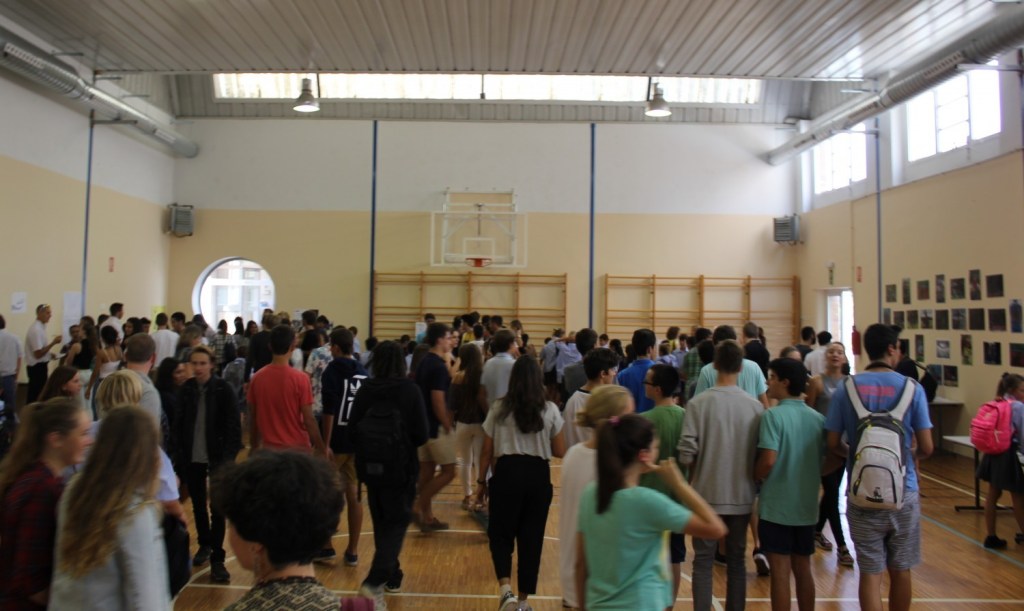 The Enrichment Programme set off on Wednesday afternoon in the Secondary department. As every year now since the BSB launched this educational programme with an aim to promote all-round excellence through a series of activities going well beyond the academic curriculum, the Secondary department celebrated their quarterly Society fair. Students from Year 7 to Year 13 had the opportunity to assess all the options with the leading teachers of each Society and sign up for the one they will be attending every Wednesday, periods 7 and 8, until the end of December.

The Secondary Society menu was, as always, extensive and varied: From swimming, dance and meditation to films, languages and photography, including engineering, EPQ research projects, and the Model United Nations, to name just a few.

Some of the most popular were the sport-related activities, such as Beach Volleyball & Frisbee, run by Ms Manley and Mr Jansà, or the Beach fit and fun!, by Mrs Ball and Ms Blades.

Interestingly, queues were formed to sign up for the Sciences clubs, such as the STEM Society -a science, technology, engineering and maths club led by Mr Whellams and Mr McDonagh-, and also for Mrs Mulhall’s New Scientist Club.

The International Award, the programme run by Mr Bower in joint cooperation with Mr Woodward, also brought together a number of new members willing to spend an hour a week working on a skill, a sport and a service, plus completing two overnight expeditions to the mountains.

Worth mentioning was our students’ interest in current real world news, such as Syria, immigration or recession, by enrolling in Mr Woodruff’ Current Affairs Society.

It was great to see so many committed pupils signing up as Language Assistants for the year-long successful programme led by Mrs Dean.

The Primary department has also scheduled a broad spectrum of enrichment activities for this year, such as Societies, assemblies and tutorials. Societies ranging from sewing, junk modelling, gardening, choir, chess and mindfulness, among many others, are in full swing from the very first week.

We have all set high expectations on The Primary Fundraising Society again, whose young members will undoubtedly impress us with their amazing ideas to raise funds for charities and non-profit organisations.

The BSB is back for a new year of hard work and success.

About the School Societies

Societies are co-curricular clubs that take place during the school day to support the development of a range of skills and attributes by focusing on areas such as sport, music, drama, sciences, art, fundraising, debating and enterprising, among others. There is a wide range of societies which are scheduled throughout the academic year to ensure that every pupil from Year 1 to Year 13 participates in at least one or two of them every week.