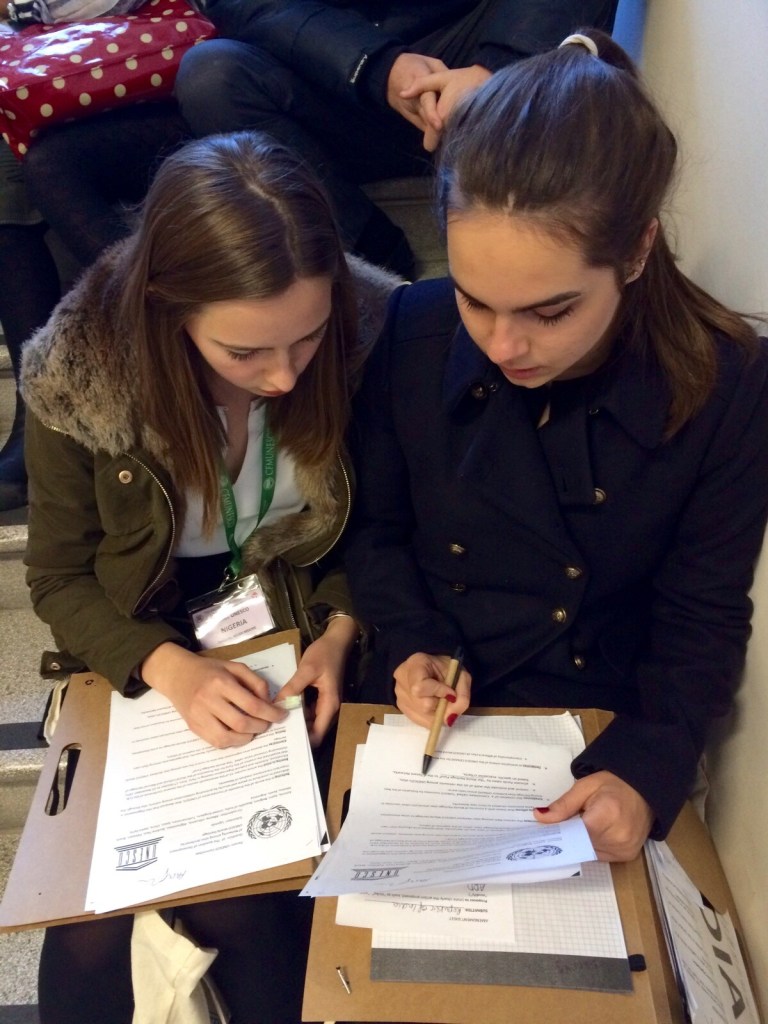 Between the 26th and 28th of November our Sixth-Formers participated in the Model United Nations conferences taking place in Barcelona and Italy.

For third year in a row, The British School of Barcelona took part in the Barcelona MUN conference, which involved 11 delegates representing Singapore, Bosnia and Herzegovina, Republic of Congo, and Venezuela this year.

Our delegates were Rabi, Marina, Ainoa, Darya, Pozen, Anna, Zsigmond, Nicolas, Phillipa, Kong and Anya. They were accompanied by Mr Campbell, Miss Girvan, Mr Crockett and Mrs Dean. The opening speeches made by Ainoa, Darya and Nicolas were of a very high standard and all delegates lobbied against students who were mostly of Sixth Form age. Five journalists also attended the event and they were excellent ambassadors for the school, namely Anna, Guillem, Carlota, Carlota and Natalia.

According to Mr Campbell “They made impressive contributions in relation to policy statements and resolutions and are very keen to attend future conferences. The students involved are a credit to their families and school and it was great to see them blossom throughout the event.”

At the same time, Mr Henderson and Mr Musson took 12 future diplomats for the school’s first ever overseas Model United Nations Conference in Cividale Del Friuli, Italy. This ancient, picturesque city was hosting the second edition of CFMUNESCO (abbreviation which stands for Cividale del Friuli Model United Nations UNESCO) with 23 participating schools coming from all over the world to work on up to 5 different committees: UNESCO, Disarmament, Environment, Human Rights and Security Council.

Mr Henderson was pleased with the outcome in Cividale: “Our students were simply outstanding, winning best delegation and a string of individual awards. The students found this an incredibly enriching experience, and are already ´lobbying´ their teachers in order to attend future conferences!”

The Model United Nations is a fantastic opportunity to involve young people on relevant current issues and future global challenges of a world that is becoming increasingly globalized and interconnected. The event allows students to meet thousands of students coming from five continents, hear their ideas, confront issues from different perspectives and further enjoy at exceptional social events. At The British School of Barcelona we believe this is an excellent enrichment activity which helps develop students’ self-confidence, debating skills and ability to think on their feet.