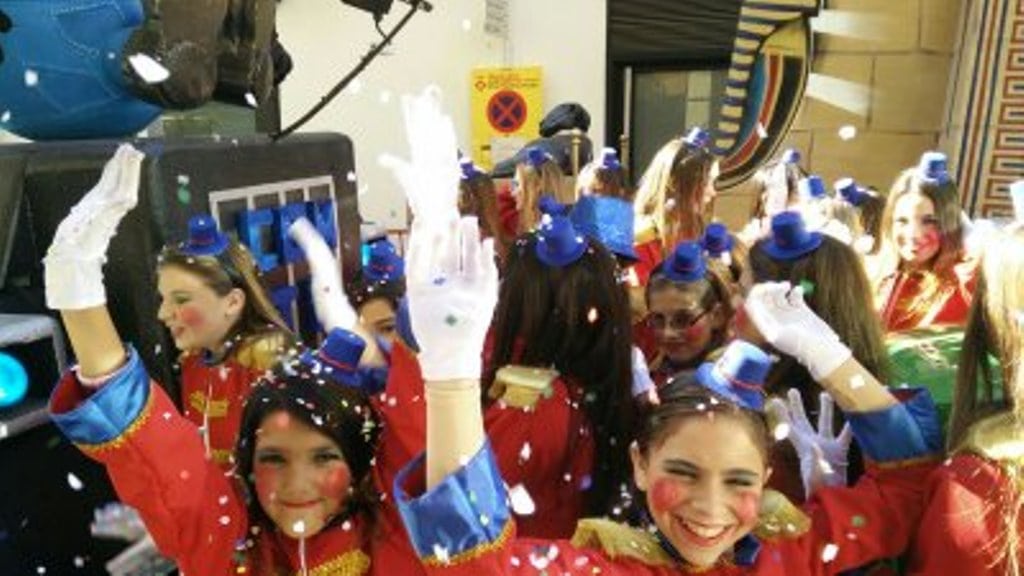 As every year since 2010, the “Brits” -the BSB float- has taken part in the 2016 Sitges Children´s Carnival Parade, one of the biggest events in the Garraf area.

On Sunday 7th and Tuesday 9th, 35 Year 5-9 students from the school Dance and Samba Band Societies dressed up as Tin Soldiers and marched through the streets of Sitges in one of the most famous Carnivals in Spain, which featured lots of fantastic floats, marching bands and highly colourful and imaginative costumes.

The Carnival parade is the result of many weeks of preparation and rehearsing. As an Enrichment activity, it reinforces organisational skills and fosters team work. From a pedagogical point of view, it fulfils many educational goals: learning by having fun, being part of a community event, being proud of their dancing and samba skills.

The students had a fantastic time, indeed. Ms Dean who helped to organize the BSB students was very proud of them: “They worked really hard in society time to ensure that they were as good as possible. The dancers and the samba players were amazing on both days. A big thank you to all the teachers who helped out. It was a really fun to be part of the Sitges Carnival.”

Paula Cramer, the Year 9 student who took responsibility for organizing the costumes, agreed: “I had lots of fun”.

In the opinion of Mr Hebden, “It is an amazing opportunity for the students at the BSB to be involved with the Sitges Carnaval Parade. They have been working on the dance and the samba drumming since the start of the school year and it really looked (and sounded) great. Thousands of people come to Sitges to watch the parade and it gives students a unique chance to perform in front of such a large amount of people. They really looked like they enjoyed it!”

Congratulations to all the participating students and a big thank you again to all the BSB teachers who helped them organize this show: Ms Dean, Mr Hebden, Mr Voskens, Ms Moreno, Mrs Serra, Mr Rodgers, Mr Petrie, Mrs Oxberry and Mrs Petrie.

What will be the theme of next year’s Costume?