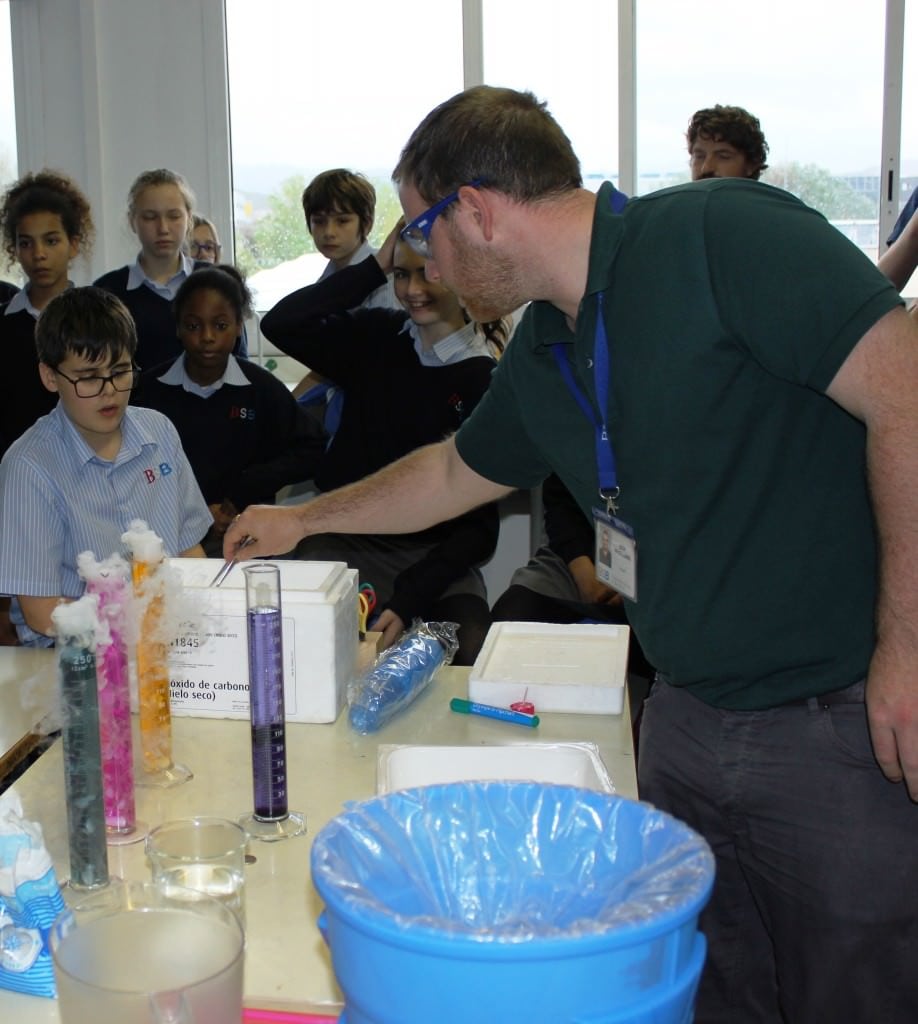 In April, the BSB Secondary Science department held the biggest ever International Science & Engineering Week in the school.

The Science teaching team organised a range of lunchtime workshops, lesson activities, a Maths treasure hunt and even a scientific video competition. The workshops included a wide variety of demonstrations and practical activities: “Fire Show”, “Dry ice-ice cream”, “Fibonacci workshop”, “The hidden world” (looked at plants and insects under microscopes) and “Dissection of squid”.

All of them were impressively well-attended by our students, the whole week generating real enthusiasm and inspiration for learning about Science, Technology, Maths and Engineering.

The Week also included a Scientific Video Competition. Students were asked to create a video explaining a scientific idea, describing an experiment or invention, depicting an inventor/scientist or describing a science related news article. Whether it was a play, a news article, an animation, a movie promo or a music video, students had to stick to the main requirement: their work had to be related STEM (Science, Technology, Engineering and Maths).

So many high-quality videos were presented that it was a real challenge for the jury to make a fair decision. Eventually, Marc in Year 9 was awarded the prize and thus became the first student to win the BSB Science Week Video Project Competition 2016.

The Science members of the jury stated: “His video shows dedication, originality and excellent communication skills which clearly explain the science behind his hydraulic crane invention.”

The competition was so popular that the department decided to award four more prizes to students in Key Stage 3. We will be sharing all successful videos in the coming weeks.

You can watch the winning video here: