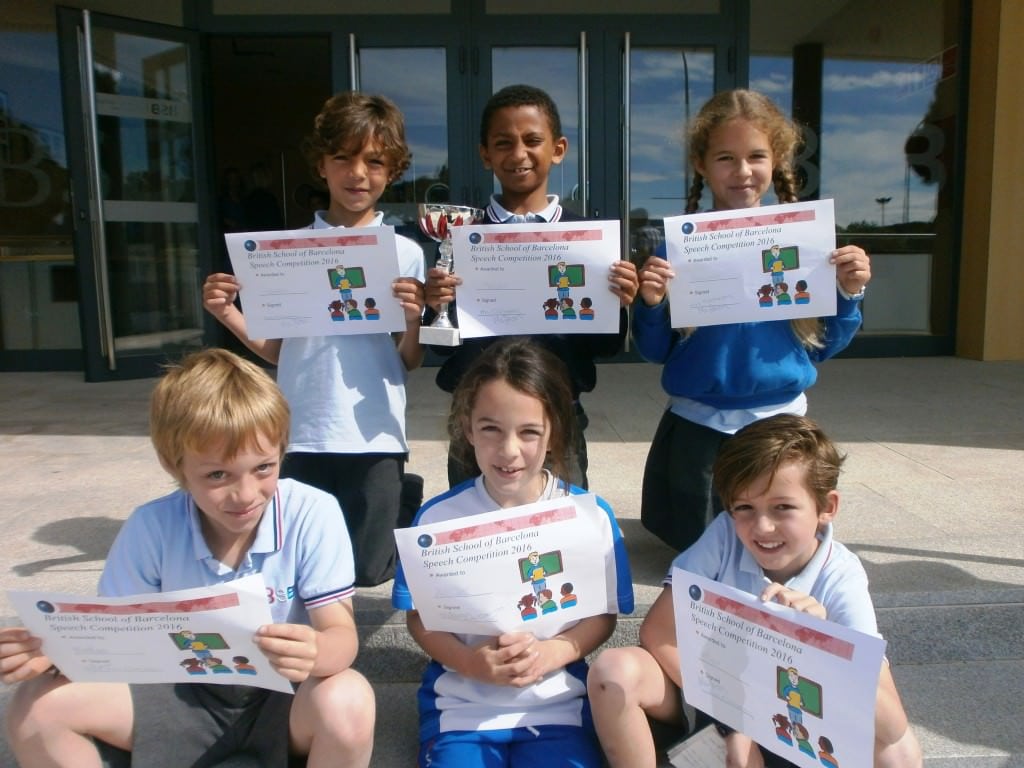 Last week we held our annual Primary Speech Competition in the BSB Theatre. As every year our children had to prepare a talk and present it in front of an audience. The contestants were judged on their speech as a whole, their interaction and engagement of the audience, clarity of speech and interest of the topic.

After working on their speeches in class, the finalists were:

Mrs Oxberry and Ms Dean, Head and Deputy Head of Early Years and Primary, were the judges of the competition. Ms Dean explained that “All the participants were extremely good and the decisions were very difficult to make. We were very impressed with the quality of the speeches both in terms of interest but in the confidence of the children to stand in front of 200 children and deliver their speech with self-assurance and poise.”

And the winners were…

Ms Walker, Martina’s teacher, said, “Martina was keen to talk about her pet hamster, Snow, as he is her first pet and there was quite a story behind her finally getting him – including a trip to the doctor! She spoke clearly and confidently and we’re extremely proud of her. Well done Martina!”

Mr Antcliffe, Seif’s teacher, said, “Seif is obsessed with planes so it was no surprise that he decided to prepare his speech competition entry about them. 4 Emerald voted emphatically for him to represent the class and he did so brilliantly. The PowerPoint was full of fascinating facts, and Seif spoke clearly and enthusiastically about his topic. Now all of LKS2 know the difference between Boeing and Airbus! His speech was made even more entertaining due to the hilarious jokes and the rapport with the Judges. Great work Seif, we really enjoyed listening to you!”

Mr Taylor, Diogo’s teacher, said, “It was easy to watch and listen to Diogo speak as he presented on a topic that he is passionate about. He is always playing with his Rubik’s cube and giving his classmates tips and strategies on how to complete it. He spoke well and provided entertainment and facts in his speech-completing the Rubik´s cube in 42 seconds added to the excitement of his speech! Well done!”