Cultural visits in the Y8 & 9 Curriculum 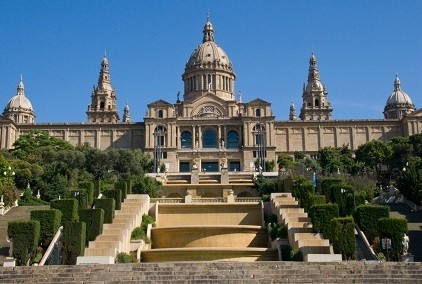 Year 8 set off to the Archaeological Museum on Wednesday, 13th January to attend a workshop on Greek Mythology: “Gods, Heroes & Myths”. It was a two-hour interactive session where students could reinforce their knowledge about the Gods they had already learnt about in different subjects. It was then followed by a pedagogical game consisting in guessing the attributes of the Gods they were presented with. They also had to find a number of archaeological pieces hidden in the museum and be able to explain the mythological legend of each of them.

The students wrapped up their visit at the Greek Theatre, next to the Font del Gat and Laribal shady wooded gardens, and Casaramona, the renowned Modernist building by Puig i Cadafalch (1911), one of the emblems of the park’s heritage dating from the 1929 Universal Exposition.

It was a culturally enriching field trip which truly enhanced their learning experience.

“The Archaeological Museum of Catalonia is torchbearer of the archaeological museum tradition since the turn of the century. As a National Museum, its main objective is to preserve, research and diffuse archaeological remains that illustrate historical evolution from prehistory to the Middle Ages.”, (MAC)

On Thursday, 15th January, Year 9 enjoyed a guided visit of the Medieval Romanesque and Gothic Art collections in the National Art Museum of Catalonia (MNAC). The aim was to complement, broaden and diversify the contents included in the classroom syllabus. The students had the opportunity to stroll through the best pieces of Romanesque and Gothic art, thus learning all about the cultural aspects that surround it. The collection of Romanesque Art (dating from 11th to 13th centuries), presented them with an exceptional set of mural paintings and a rich collection of panel paintings, the biggest and oldest in Europe, as well as outstanding metalwork and sculptures in wood and stone. The Gothic Art collection (from the 13th to 15th centuries), introduced them to artistic significant liturgical works, with special attention to the altar pieces, the sculpture, the parchment and the decorative pieces.

This group also enjoyed spectacular panoramic views over Barcelona from the terrace of the museum, and a walk through the Greek Theatre and the Font del Gat gardens.