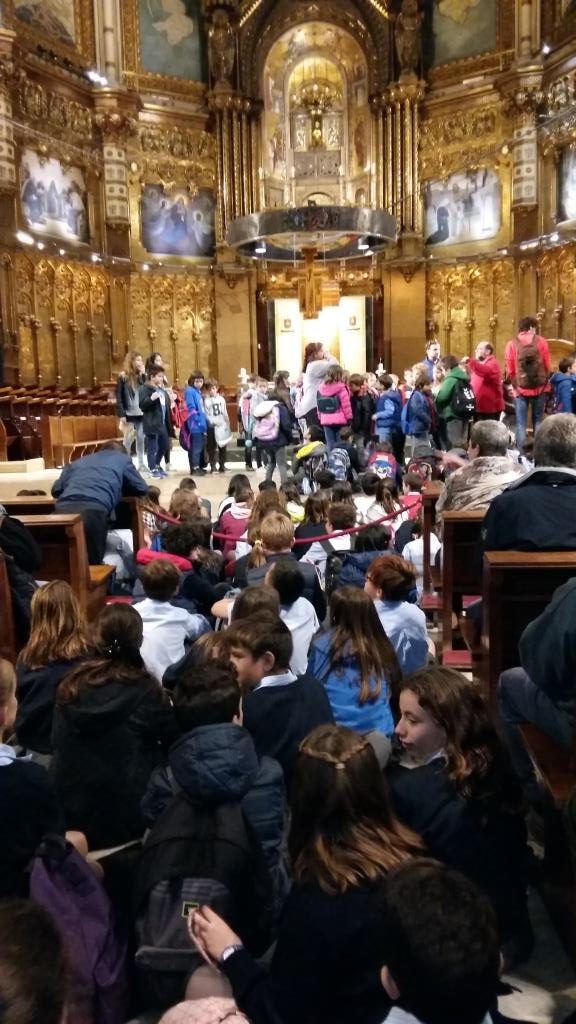 Last week sixty-six Year 7 students of BSB Castelldefels spent the day in Montserrat with some of the teachers of the Modern Foreign Languages department (Mrs Reyes, Mr Rius and Miss Martínez) and the Director of Learning English and Languages, Mrs Kelly.

The multi-peaked rock range of Montserrat is home to the Benedictine abbey, Santa Maria de Montserrat, which houses the Virgin of Montserrat sanctuary. The aim of the trip was for the students to be immersed in the Catalan language and culture, and practise their language skills in a Catalan-speaking environment.

The trip started with a guided tour of the site. Students were explained about the geographical location of Montserrat mountains and their peculiar shape. They also learnt about the legends surrounding Montserrat and the religiosity of the place, and were shown several videos about the history of the Abbey and the daily life of the Boys’ Choir. They were also privileged enough to hear them sing in the “Basílica”!

Students had a very pleasant day in Montserrat. According to their teachers, they were curious about the anecdotes the guide told them and enjoyed exploring the place with their peers.

Miss Martínez, MFL teacher, said “We were delighted with the visit to Montserrat. It combined being in nature with a cultural experience. It was fantastic to listen to the beautiful Boys’ Choir (L’escolania) after having heard about the great demands of their musical training. We felt inspired by them! Our students were also very engaged with the guide and showed their curiosity by inquiring more about the place. As per tradition, after having had a lovely lunch in the restaurant, we bought some of the locally made cheese (mató) and honey, and lit a candle.”