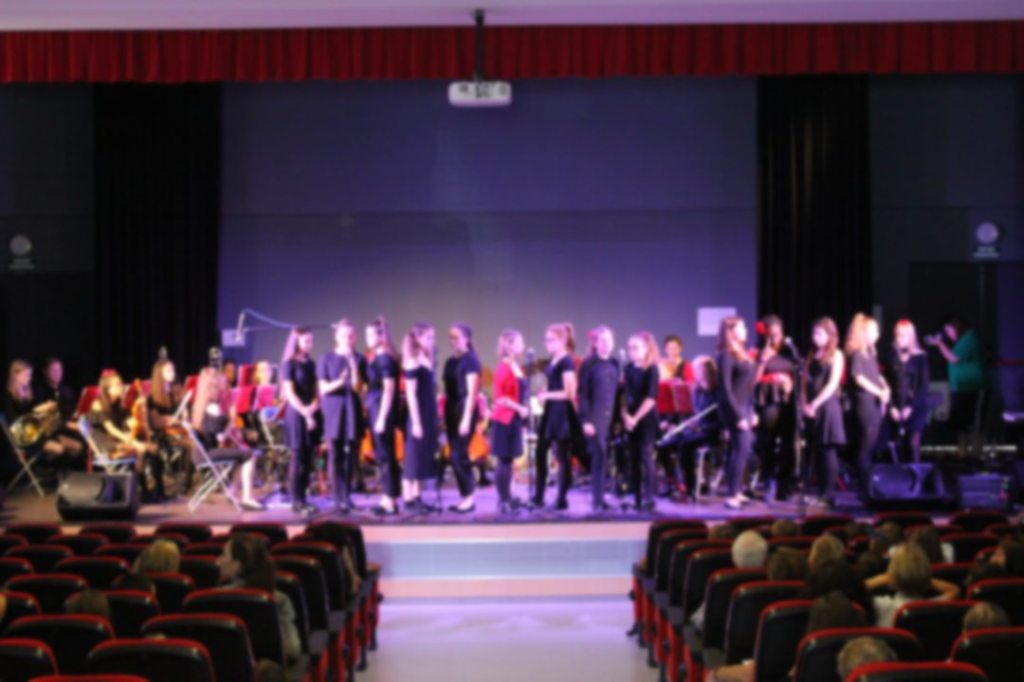 Leading girl’s Bromley High School, in South London, visited the BSB during their regular music tour around Europe and beyond. Bromley have an excellent music department and the Jazz Orchestra & Choir brings together the best of their musicians, most of who perform in at least two of the many ensembles in school. This was the first time for the young ladies to perform in Spain and they were thrilled at the prospect of playing in front of such a big audience in such a large Theatre!

All BSB students from Year 3 to Year 6 had the opportunity to learn from the high-quality performances, thus meeting one of the National curriculum requirements which states that children at all key stages should watch and listen to live music.

It was indeed a dazzling session. The ensemble performed a selection of Jazz standards, such as “What a Wonderful World”, “New York, New York”, “Bridge Over Troubled Water”, “Fever” and “La Bamba”, among several other well-known pieces, which “we can follow up in music / instrument lessons”, Mr Hebden, Director of Learning – Arts, said.

“My favourite part of the trip was performing at the British School; all the pupils were very happy to see us play and they joined in with us as well! It was amazing to have so many children enjoying themselves because of our performances!”, Micol (source Borehamwood & Elstree Times).