Home “The Feed Barcelona Story”: The fight of Year 13 Santiago against child malnutrition

“The Feed Barcelona Story”: The fight of Year 13 Santiago against child malnutrition 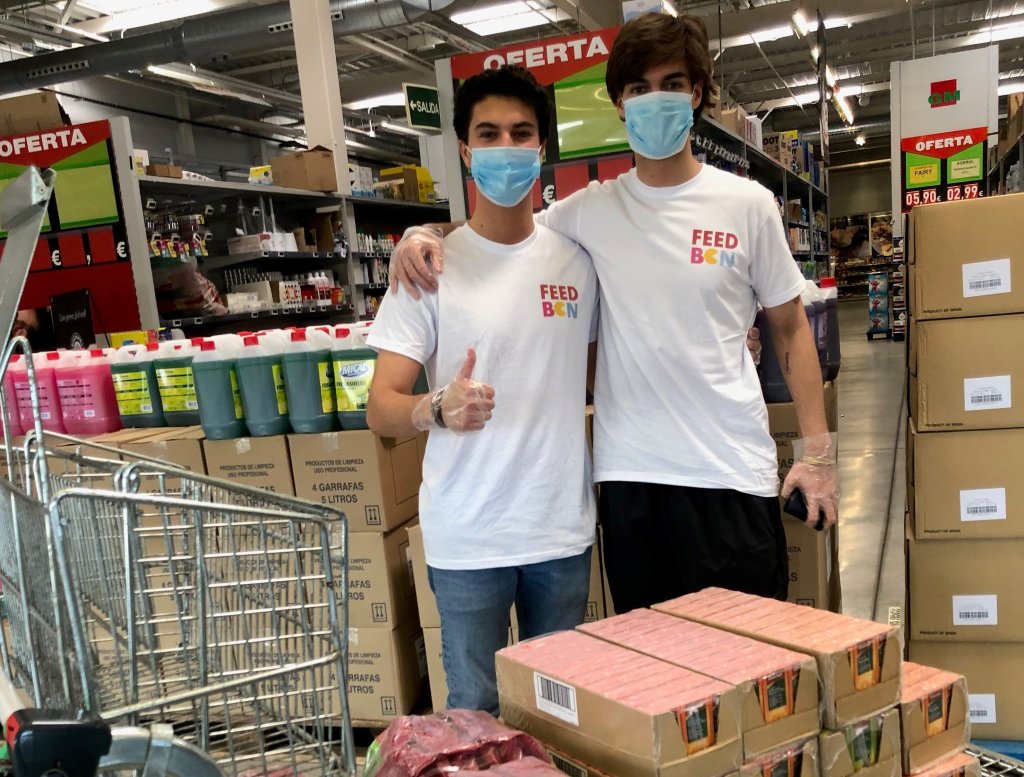 This is the story of Santiago, one of our Year 13 students, soon to graduate and become a BSB Alumni, and his brother Pablo.

Santiago and Pablo have been very busy during the COVID-19 crisis collecting food and monetary donations for those people in need, who have especially suffered the effects of the pandemic. All the food they have collected or bought with the funds raised has been donated to the soup kitchen Reina de la Paz, which is managed by las Misioneras de la Caridad in El Raval (Barcelona).

We have contacted Santiago to learn more about this story, which started some time before the mandatory lockdown.

Santiago, what is Feed Barcelona?

Feed Barcelona is the NGO I founded with my brother Pablo in November 2019 to fight against two of the main problems we have in society today: Hunger and Education.

Where did the idea come from?

Throughout our whole lives, we have been part in many charities and volunteering missions, thanks to our mother, who has run a few NGO’s throughout her life, and is currently managing a hostel for those in need.

One day my brother and I discussed how we could help as many people as possible. After some research we realised that thousands of kids in Barcelona can’t pay to eat lunch at school, so they spend the entire day without a single meal on them. That doesn’t only impact their health state during a period of growth, but it also impacts their education, as no one would be able to pay attention in class with an empty stomach or without the enough nutrients or vitamins in their body.

And your conclusions led to a bigger project…

Yes. We decided to start a project by which we would raise money in order to sponsor lunch scholarships. We would pay for the lunch of kids who can’t afford it, in schools with low income rates, such as Roquetes, La Mina, or el Raval.

After almost a year of struggling with paperwork and bureaucracy we officially founded and registered Feed Barcelona as an Asociación Juvenil, in order to fight child malnutrition in Barcelona.

What was the aim of this Youth Association?

As I said, our initial goal was to raise money, in order to sponsor “Becas de comedor”, or lunch scholarships, for kids whose families can’t afford to pay for school lunch, hence ensuring that those kids have at least one proper meal a day. Furthermore, we also wanted to give assemblies in schools, to teach the value of food to stop the wasting of food around privileged people.

But then the COVID crisis began. How did the pandemic alter these plans?

The COVID-19 crisis has forced us to change our initiative a little bit. Lunchroom scholarships would no longer be useful, as kids were now not going to class. I came into contact with the Soup Kitchen where I used to volunteer, Reina de la Paz, managed by las Misioneras de la Caridad de la Madre Teresa de Calcuta. They told me that the situation had escalated really fast and that the number of people and families they were managing had increased significantly, having to feed over 380 people a day, and giving out food to over 30 families.

For this reason, we launched a statement to our followers through our instagram account, sending a message of inspiration to take this as an opportunity to help and be more caring towards those in need, and began a campaign to raise both money and food every fortnight, and donate all we could to the soup kitchen. In only 3 weeks, we had collected and donated over 1,500 kilograms of food, thanks to the direct food donation and the monetary donations that we used to buy more food. We also played a key role, when we negotiated a collaboration with the supermarket chain Bon Àrea. We negotiated a donation of almost 300 kilograms of food.

Now, every Thursday we buy 70 kilograms of lentils so that they are cooked in the soup kitchen on Saturdays for 380 people! And every fortnight, we still run the food collection.

Over 2,500 kilograms of food donated

Last week Feed Barcelona announced that they have reached over 2,500 kilograms of food donated. This is undoubtedly one of the good things the pandemic has brought with it: a global sense of solidarity and social responsibility in a time where social distancing is actually bringing us closer together.