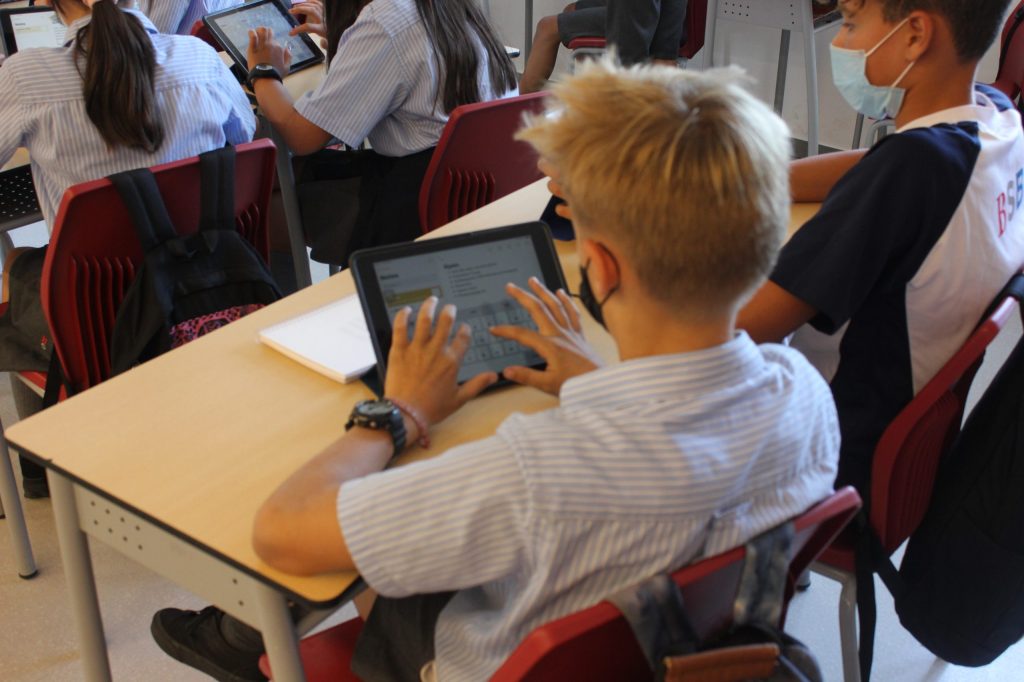 The British School of Barcelona has been featured in a case study for the implementation of CENTURY Tech over the past months across all school campuses and the valuable impact CENTURY has had on the BSB students’ remote learning.

BSB transitioned to online learning on March 13th. Our leadership team were active in their research of teaching and learning tools that further enhanced the school’s online offer. They wanted to ensure that whatever system they introduced complemented and enhanced their high-level of teaching and interaction with students. As a result of these requirements, we began using CENTURY at the end of April, after an intense period of training and professional development.

Mrs Emma Overton, our Head of Early Years and Primary at the BSB Castelldefels campus, explained the ways in which BSB has implemented CENTURY over the past months, across all school campuses. She spoke of the valuable impact CENTURY had on BSB students and how this led us to begin creating a long-term teaching structure that includes CENTURY:

“We approached our students and parents with this new system by sending out the initial letter that CENTURY produced. Following that, every week we would create a newsletter and video for our parents to talk about our recent advances in online learning so that they could see our continuous reviewing and improvement. We started the trial in Year 5 and then moved it into Year 6. It moved at a rate of knots once we started.

Once you begin the learning pathways with CENTURY, it is very intuitive and the students progress at different rates along a variety of pathways. For our teachers who enjoyed managing the steps of learning with their class, it was an eye opener as CENTURY’s learning is so personalised. Nevertheless, it was great for us, in the sense that we really could personalise the learning journey for our students.

Moving forward, we are focusing on how to commence the use of CENTURY with our younger years. Key staff members in other year groups have been closely following the developments of CENTURY integration, so that come January, they can start a similar lesson structure as the Upper Key Stage Two year groups. We are still looking at ways to use it with the younger students, in Year 3, who do not speak English as their first language.

In secondary, the leadership team also takes a measured approach to ensure the tool is synchronised and complements the current curriculum offer in maths and English. Department Heads are working together to find the best fit model.

I think if I were to summarise it, I would say CENTURY came in as an additional learning methodology but now we recognise its potential, and we are working to integrate it into our school curriculum wherever it enhances or adds value to a subject area”, said Mrs Overton.

How to implement and embed outstanding online learning

Online Teaching and Learning at BSB