Home My child is sitting exams. How can I help?

My child is sitting exams. How can I help? 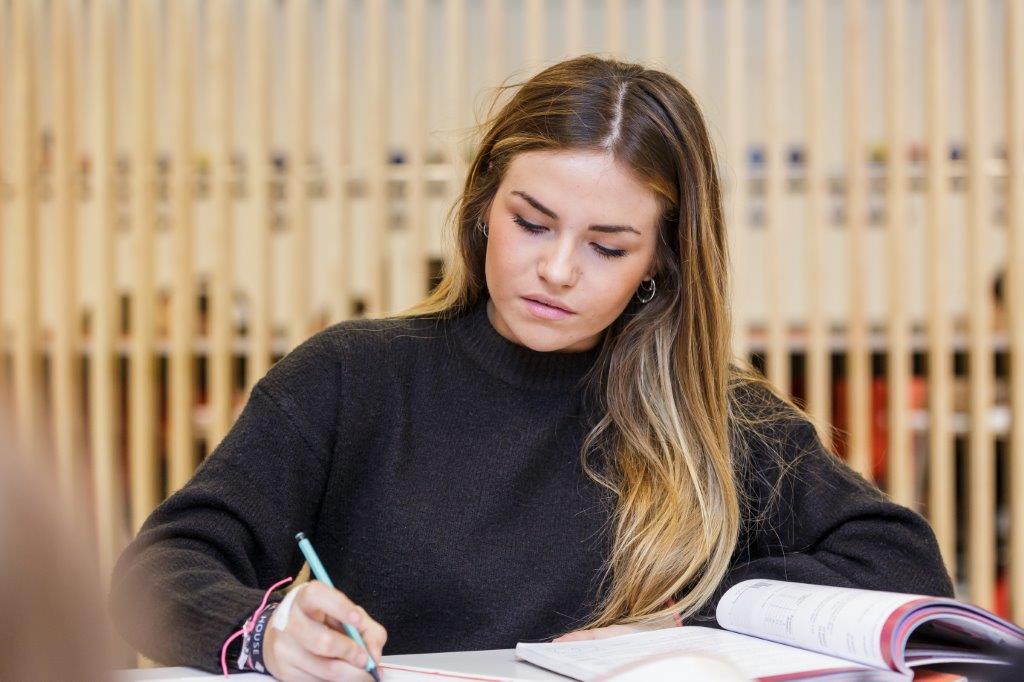 We are entering the final weeks of the school year, and these typically imply sitting exams: (I)GCSEs, A Levels, IB, PCE exams, GL assessments… Whichever the test, for many students, the exam period can be a time of heightened worry and stress with symptoms such as: anxiety, struggling to sleep and feeling overwhelmed. At The British School of Barcelona, we care about our children’s wellbeing and believe it is critical to support them with this in order to get excellent academic results.

So, what is going on?

What’s happening is a physiological reaction, their brain has triggered the self-preservation response know as Fight or Flight, because it perceives the exams as a threat or danger – the threat being; “What happens if I don’t pass?” “Will I be seen as a failure?” It’s a chain reaction where the brain releases adrenaline to fuel the muscles to fight or flight so they can defend themselves or run away. This is all very helpful if the threat is a grizzly bear – they’ll appreciate the extra energy boost so as not to become dinner. But it’s not that helpful when trying to stay calm for an exam.

The first thing to remember is that the fight or flight response is interpreting exams as a threat. So, what can you do as their parents to comfort and soothe their worry and to put into perspective the season they are in? Yes, exams do matter, but it’s an exam; it’s not a grizzly bear. Exams are commas in life not full stops. It’s about training their fight or flight response to realise that they are safe.

Think of preparing for an exam as an athlete preparing for the Olympics. It’s not the amount hours they train rather it’s the quality of those hours. So, listening to the teachers advice about what to focus on and how best to revise, is key. There is little point in an athlete training so hard that they injure themselves, do the wrong exercises or arrive at the big day exhausted.

Sleep is key, working into the early hours might sound positive but it isn’t a great strategy. Sleep aids concentration, memory recall and reduces negative thoughts.

Fuel; an athlete can’t run without fuel in the tank. Question, how well are they fuelling themselves to keep the energy high. Research shows that students who eat before an exam perform better in the exam. Hydration before and during an exam is important as it improves concentration, memory and mood.

Consider how they arrive to the exam. If the desire is not to have a fight or flight racing heartbeat happening just before the exam, arrive in good time so they are not literally running to get there.

As with the last point, we want to keep the heartbeat and the breathing calm to reverse the fight or flight response. You can encourage your child to sit at their desk and whilst waiting for the start try a breathing technique; slow the breathing down.

One of the triggers for anxiety is uncertainty, not knowing what’s coming next. So as soon as the exam starts students should take 30 seconds to look over the whole paper. That way they know what is coming and hopefully that will calm the worry down.

Straight after an exam their emotions will be high and their memory won’t be 100% accurate, so it is important that they don’t start comparing themselves to others. It’s better to take some time out, just as athletes do after a race, now is the time to recover. It’s been intense, so it helps to do some emotional warm downs and let the mind relax.

Basically, give the mind some breathing space – they shouldn’t dive instantly back in to training and should try not to give the anxiety gremlins an excuse to get all worked up by trying to check out whether they got 100%.